The inspiration for the Kpanlogo dance theatre came about because of an Ananse story told to it originator, Otoo Lincoln, by his grand father. Ananse (the spider) stories originated from West Africa as an educational tool and a form of entertainment. Here is the story, “There once was an old rich man, and he was a chief and had a big land. He was married and had three daughters, Kpanlogo, Nmaa Nmaa and Alogodzan. The names of the girls were withheld 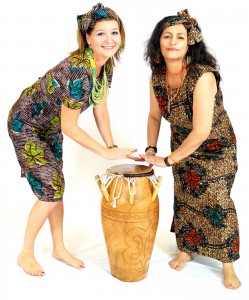 from the public. Besides, they spent their entire lives within the confines of their father’s palace. Finally, when the chief realized that he was getting old with no son to inherit him, he summoned the community to his palace. The desperate old man put before his subjects, his intention to marry off his daughters to any man who could mention the names of his daughters.

However, previously, a man had sneaked into the palace. The girls were playing he suddenly appeared behaving like a mad man. The girls began to laugh at him. The mother not too far away, heard the commotion. In her attempt to find out what was happening from her daughters, she innocently called out to her daughter, it Kpanlogo when she did not hear from her. The mother shouted … out the names of the other two daughters, it Nmaa! 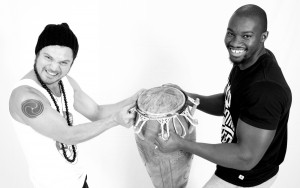 On the day of the contest, many of the men in the village as well as the surrounding villages gathered in front of the place. One man after the other tried fruitlessly to mention the names of the girls. When it came to the turn of the man who visited the palace, he took a few steps closer to where the chief and his family were sitting. He suddenly burst into a melodious song he had composed around the names of the beautiful girls, Kpanlogo-Alogbodzan nn-Kpanlogo-Nmaa oo Nmaa oo! Everybody was amazed. The chief demanded to know how he found out the names of his daughters. He narrated the whole process to gathering. The chief who was highly impressed gave his daughters to this clever man”